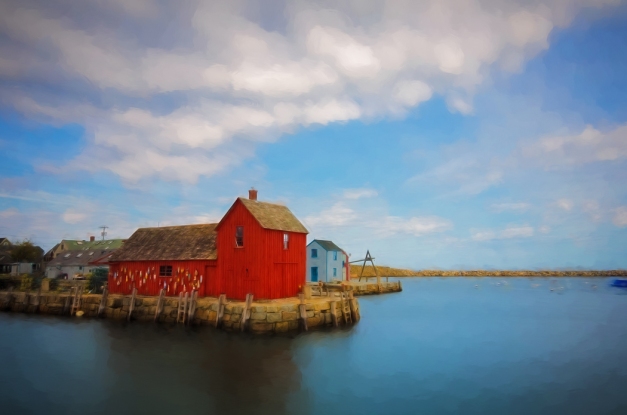 Apparently, this is a famous building that everyone shoots, or paints, out in Rockport, MA. I shot this a couple of years ago, and never quite knew what to do with the edit. I’m not a huge fan of photos taken during the middle of the day, but this one worked for me because of the clouds.

It is a replica of a former fishing shack well known to students of art and art history as “the most often-painted building in America.”The original structure was built in 1840 and destroyed in the Blizzard of 1978, but an exact replica was constructed that same year.

I’d never sen it before, which is a good thing, because I wouldn’t want to be influenced by anything I might have seen. Honestly, there weren’t too many unique compositions for this scene, so I tried a long exposure with my 10 stop ND and then went with a painterly edit in the end.